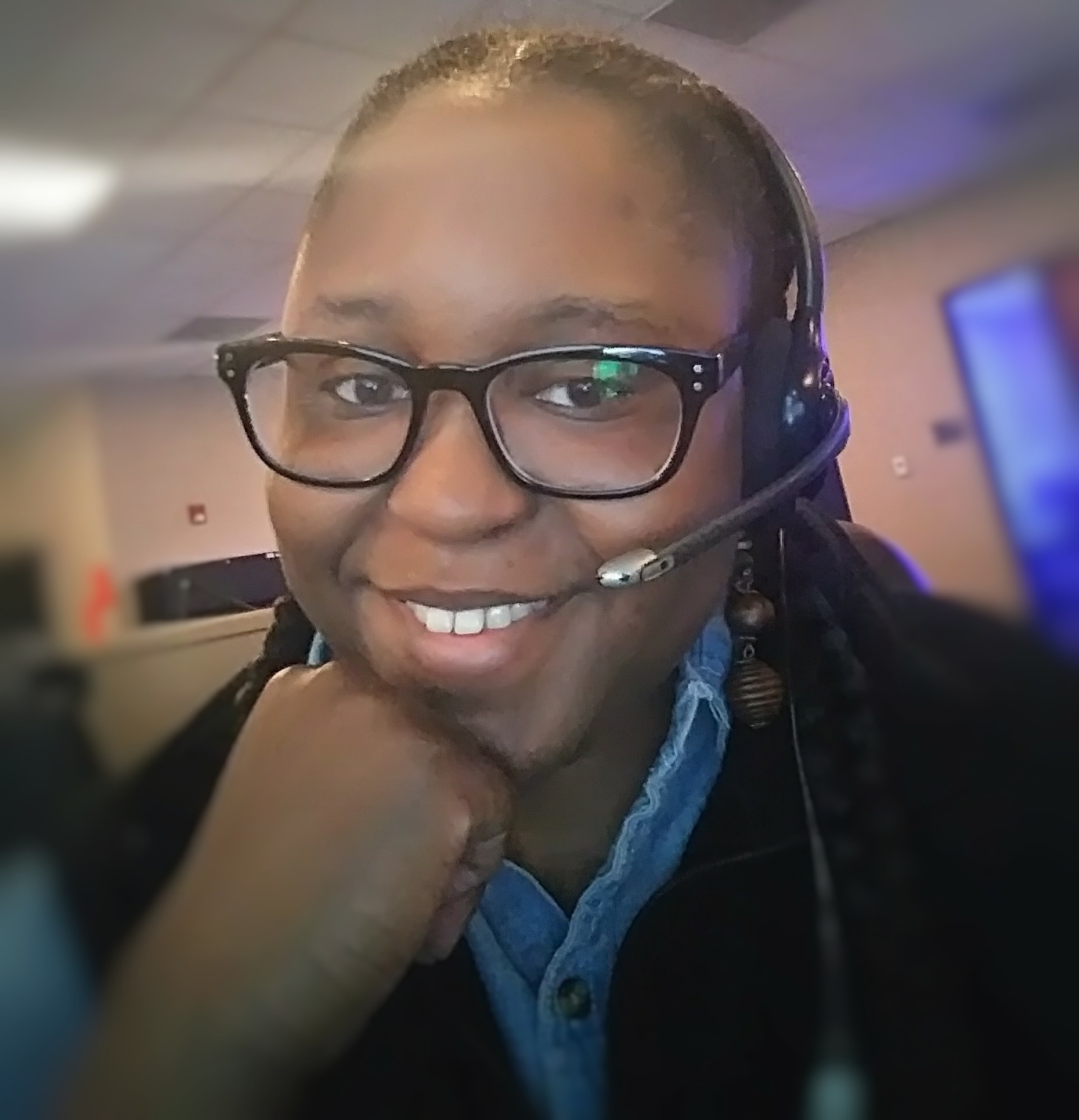 Beyond the Comfort Zone

Every 911 operator has that call that will demand more of them than usual … this was mine.

I was the second 911 operator she had spoken with that morning. Only six minutes into our phone conversation on that 911 line, I had determined that she very likely had paranoid schizophrenia with a totally unhealthy splash of “watched one too many fictional espionage dramas.” She was a chaotic ball of nervous energy going on incessantly about the electronic bugs in her apartment (and in her brain), the neighbors to the immediate left of her building that were harassing her by staring into her windows at night, and all the reasons why she didn’t trust law enforcement to begin with. I tried to sound gentle and reassuring even as I recognized what I was dealing with. In her mind, she was the innocent victim in this situation: just an ordinary citizen trying to go about her day in peace. She was in the middle of doing some household cleaning and was just trying to have a perfectly normal Monday afternoon. 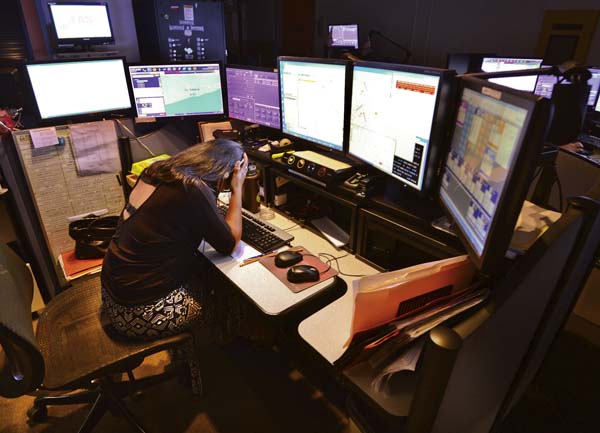 In stark reality, she was the neighborhood “disorderly” who had warranted several calls into our center that day because of reports of her “yelling” and having a “pretty intense and heated” conversation with herself in her apartment. Her address showed previous calls of similar complaints made by her bewildered and terribly alarmed fellow tenants. We had dispatched a couple of uniformed officers to respond to this call and they were currently standing outside her door knocking. The first time she called 911 to tell the operator that she didn’t feel like opening up her door before she cursed into the phone and hung up on them. This time when she dialed the emergency line, she happened to reach me.

“Why are y’all still outside my door?!” she screamed into my right ear, jolting me upright in my chair.

That was the beginning of what ended up a thirty-something-minute phone call. After refusing to answer the officers at her door for what felt like forever, and her refuting all my best, most sound suggestions that she at least crack the front door open to hear what they have to say to her, she finally caved. I sighed with some relief as I listened to her allow them into her home and start a dialogue up with them. She rehashed much of what I had typed in CAD on the call: that she was being illegally eavesdropped on by some unknown, unseen group of figures that had it out for her and that her neighbors were all in cahoots conspiring to get her kicked out of the apartment complex. Meanwhile, she held the phone to her ear and occasionally checked to make sure I was still on the other end. Somehow in her mind I had become more of an ally to her than anyone in that room.

I stayed on, offering a word of comfort or understanding every so often like “I understand why you would be upset, ma’am,” and “I am so sorry that happened to you.” I didn’t quite realize it at the time (because I was thinking I was only doing my job by providing a voice of calm and reason to this troubled young woman), but I was building a rapport with her through my words and tone of voice. At times it was hard for me to find the right thing to say. She obviously needed help and I couldn’t help but hope that I wasn’t acting as a distraction as the officers talked to her and attempted to convince her to let them transport her to the hospital (no doubt for a mental evaluation). I heard the voice of the female cop on scene as she expressed to my caller her concern for her welfare and how she felt that going to the hospital would be the best thing for her. My caller kept countering with claims that no one understood what she was going through and that the police weren’t able to help her either. I tried to coax her into listening silently for just a few seconds to the officers but she continued to speak over them.

In the six years I’ve spent as an emergency telecommunicator, I have dealt with dozens of mentally ill callers ranging from the manic to the severely depressed to those with serious psychological problems. I’ve even spoken a few times to a caller with dissociative identity disorder. I will always credit the months of classroom training and observation of more experienced 911 dispatchers on the floor for guiding me in how to navigate the world of dispatch. The standardized curriculum fine-tuned my customer service skills and greatly enhanced my ability to communicate effectively with others. However, nothing in my training or in any of the protocols I had studied and memorized had fully prepared me for this call. Dealing with 911 callers with mental health problems can require more from an operator than what’s in our job description.

I have learned that it is pointless and irresponsible to argue back and forth with a caller over what they perceive to be happening around them. For example, trying to convince someone with paranoid schizophrenia that no one has tapped their phones or is watching or following them is a pretty futile task. It is simply not effective to spend time trying to dispel the demons in their head or debunking their conspiracy theories. Rather than telling them what is or isn’t there, you should instead help them to see fact from fiction by asking key, pointed questions. Try to stick to the here and now. When they begin to ramble or run on about something that isn’t actually relevant to the call, asking key questions can sometimes help them to stay on course. But other times the only thing you can really do is just listen and be patient with them.

By the time my caller had launched into a tirade over the bugs in her head that someone put there while she was sleeping, I came up with an idea. She was talking a mile a longwinded minute and I could hardly get a word in, but eventually I found an opening.

“Ma’am! Ma’am! I think I know how we can help you. You’re right, the police can’t understand what you’re going through. They can’t see the bugs. But you know how you can prove to everyone that the bugs are there? A doctor. Yes, a doctor can take X-rays and an MRI.”

She paused just long enough to take a ragged breath in. I could tell from the brief silence that a lightbulb had come on in her head.

“That’s what you think? A doctor can see inside my brain, right?”

“Oh yes. If I had bugs in my head that no one saw, I would go to the first doctor I could and tell him to take a good look inside. I’m sure he could give you something to help with that.”

I heard her mutter something to the officers about needing a heavy coat because it was chilly outside. She apparently marched outside to the back of the police car of her own free will, rambling nonsensically about how she still didn’t trust them but she would trust the doctor. I was sure that I was done with this call and I readied myself to finally bid her farewell. Before I could get the words out, though, she suddenly asked me to stay on the line with her until she arrived at the hospital. I was partially dumbfounded. I had never stayed on the line with someone riding in the back seat of a squad car.

“They’ll take care of you now,” I assured her. “The officers are taking you straight to the hospital.”

“Maybe … I just want to make sure. I want you to stay on with me to make sure that’s where we’re going.”

At this point I relayed to the dispatcher working that call on the radio that I would be remaining on the phone with the caller at her request until she got to the hospital. The dispatcher nodded and tossed me a supportive thumbs up. The whole car ride there the woman spoke to me in a frantic and excited tone. I was feeling a bit worn out from the call but was self-conscious about not coming off annoyed with her. When the officers pulled up in front of the local hospital, she spat out at rapid-fire speed that she was there and then abruptly disconnected. Not a goodbye. Not a thanks. Nothing but a dial tone. A few minutes afterwards I was beckoned over by the dispatcher who shared a message she had received from one of the officers that responded. They wanted me to know that my staying on the phone and talking to the caller had made a very difficult situation a lot more manageable. That was all I needed to hear to know that I had done my job.