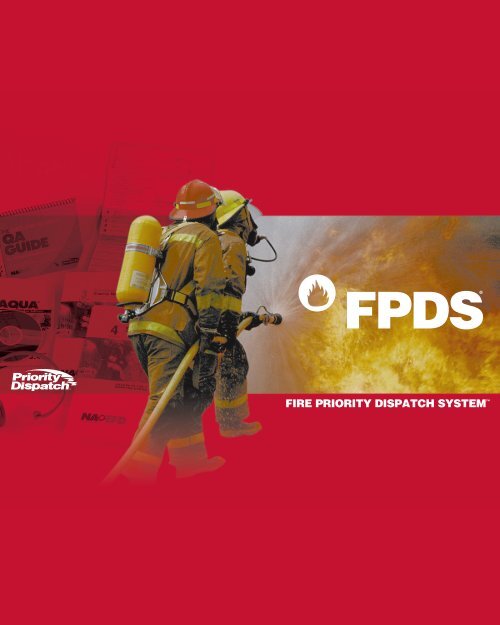 Be Nimble, Be Quick

The Fire Priority Dispatch System™ (FPDS®) reached a milestone in 2021, and not just because it celebrated 21 years in dispatch center action since the Academy introduced version 1 in 2000.

FPDS version 7.1.99 (released two days prior to ringing in the New Year 2021) included the addition of the EIDS Tool to allow agencies to conduct COVID-19 surveillance during fire rescue calls during the height of the pandemic. Additionally, several suffixes were disqualified and subsequently eliminated because they were either unachievable in software or resulted in codes that would never be used; they would result in a code that would always be superseded by one of higher acuity. This was primarily done with Protocol 59: Fuel Spill/Fuel Odor and Protocol 71: Vehicle Fire. 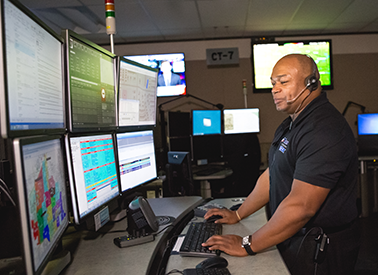 This type of code/suffix scrutiny within the protocol paves the way for additional similar revisions anticipated in the upcoming release of version 8.0.

“Like Dr. Clawson has described the work on the Medical Protocol,” said Gary Galasso, Academy Council of Fire Standards Chair, “We’re never done.” Galasso is referring to Jeff Clawson, M.D., originator of the Priority Dispatch Systems™ used in communication centers around the world, and his dedication to the Medical, Fire, and Police Protocols.

There are four essential objectives of fire emergency call processing that are considered fundamental and mandatory components of every emergency call:

Chief Complaint selection characterizes the diversity among the Protocol systems.

Despite all three protocol disciplines belonging to the same family and following the same basic call processing procedures, there are notable differences. Each protocol system grows from recognizing what is happening in the respective fields, what is expected to happen, and how they apply in the centers.

“If we don’t carefully consider how the protocol functions in the dispatch center as well as operationally for the fire service, we are completely wasting our time,” said Mike Thompson, IAED, Academy Fire Curriculum Council Chair. “We are always actively seeking what is changing in the industry and how to reflect the changes in the Protocol.”

Each system has individualized approaches to arriving at the Chief Complaint.

A Chief Complaint may be described as the reason a caller is seeking help. The Chief Complaint may or may not be accurately expressed by the caller for various reasons including a tendency to self-diagnose, a lack of knowledge concerning clinical or situational priorities, multiple/concurrent problems, or emotional distress, among other factors. The IAED Performance Standards, however, allow the emergency dispatcher to temporarily interrupt the protocol script at any time to add an acceptable calming or caller/scene management statement. An emergency dispatcher may also ask clarifying questions to accurately identify the Chief Complaint when the caller’s description of the incident is unclear.

The universal Case Entry Question in all three disciplines is “Okay, tell me exactly what happened.” It is designed to solicit a complete complaint description from the caller that can then be interpreted by the trained emergency dispatcher to determine an accurate Chief Complaint and, ultimately, select an appropriate Chief Complaint Protocol.

Each of the 33 FPDS Chief Complaint Protocols handles specific types of events, allowing the calltaker to ask relevant questions and provide appropriate safety instructions. Caller interrogation using the FPDS is based on three fire rescue incident priorities: life safety, incident stabilization, and property conservation. Questions dealing with potential life safety issues (whether for callers, bystanders, or responders) are asked first, and subsequent questions elicit information that influences the selection of an appropriate type and level of response: structure types, size of fire, potential for spreading, near brush/grass, and so on.1

Version 7.0 also included six new protocols, which place the emergency dispatcher in a role as a rescuer:

These six new protocols were added to help the emergency dispatcher send a more informed response earlier in the questioning sequence. Catastrophic event data showed that emergency resources were quickly depleted in some scenarios, delaying first responder arrivals or even making response impossible. Acting on additional compiled call data, the IAED decided that FPDS v7.0 needed to move away from the prevailing position to “shelter in place until the firefighters arrive” and provide immediate instruction in instances where death or serious injury may be imminent. This prompted the creation of a number of new Pre-Arrival Instruction sequences to address those “danger close” situations.

The Fire Chief Complaint Protocols are precise in their language and application. Though two protocols may seem similar, they address different situations that require collecting specific information. For example, Protocol 58: Extrication/Entrapment is not the same as Protocol 54: Confined space/Structure Collapse. As Rule 2 on Protocol 58 explains, “All calls involving ENTRAPMENTS are considered extrication situations until responding units arrive and assess the circumstances,” (such as a person trapped inside a vehicle or a child who has stuck his head between two railing posts). However, confined spaces are defined on Protocol 54 as having the size and shape to allow a person to bodily enter, having restricted openings that make it difficult to enter or leave, and yet are not designed for continuous human occupancy. They’re found in industrial settings, commercial facilities, hospitals, universities, and even on farms.2

“Unless you keep refreshing and practicing, you’re not going to know which to go to,” Galasso said.

Protocol is a science and a matter of staying ahead of the rapidly evolving worlds of fire service and emergency communications.

“Things are constantly changing out there, and FPDS has to respond to those changes and anticipate what’s ahead,” Thompson said. “We will always strive to stay on top of and ahead of emerging trends in the industry.”

Future versions of the FPDS will incorporate multidisciplinary question/instruction functionality and combine the principles inherent in the three disciplines, Thompson said. This will include medical assistance in fire situations based on commonality and research, although the PAIs will remain the same across disciplines.

“New things come up, and we’re out there looking every single day,” Thompson said. “We want people to know that the FPDS is the cutting edge.”

An increase in the use of data to drive decision-making in the fire service has encouraged fire dispatch centers to adopt practices that include a standardized process for gathering key information and assigning a specific FPDS code (Determinant Descriptor).

Detailed knowledge of the distribution of call and event types can assist fire services with planning and operational decision making, including call response need, crew resource allocation, and even the purchase of new equipment and apparatus (for example, a HAZMAT situation in an outside fire calls for a specific class of extinguishing agent depending on the class of hazard reported). In the communication center, knowledge of call type distribution provides the opportunity to track trends and patterns over time and to compare the call distributions of similar agencies. Knowing which call types are common and which are rare can drive more effective training that focuses on ensuring calltaker proficiency with common calls and preventing loss of familiarity with call types that are rare but potentially serious if mishandled.4