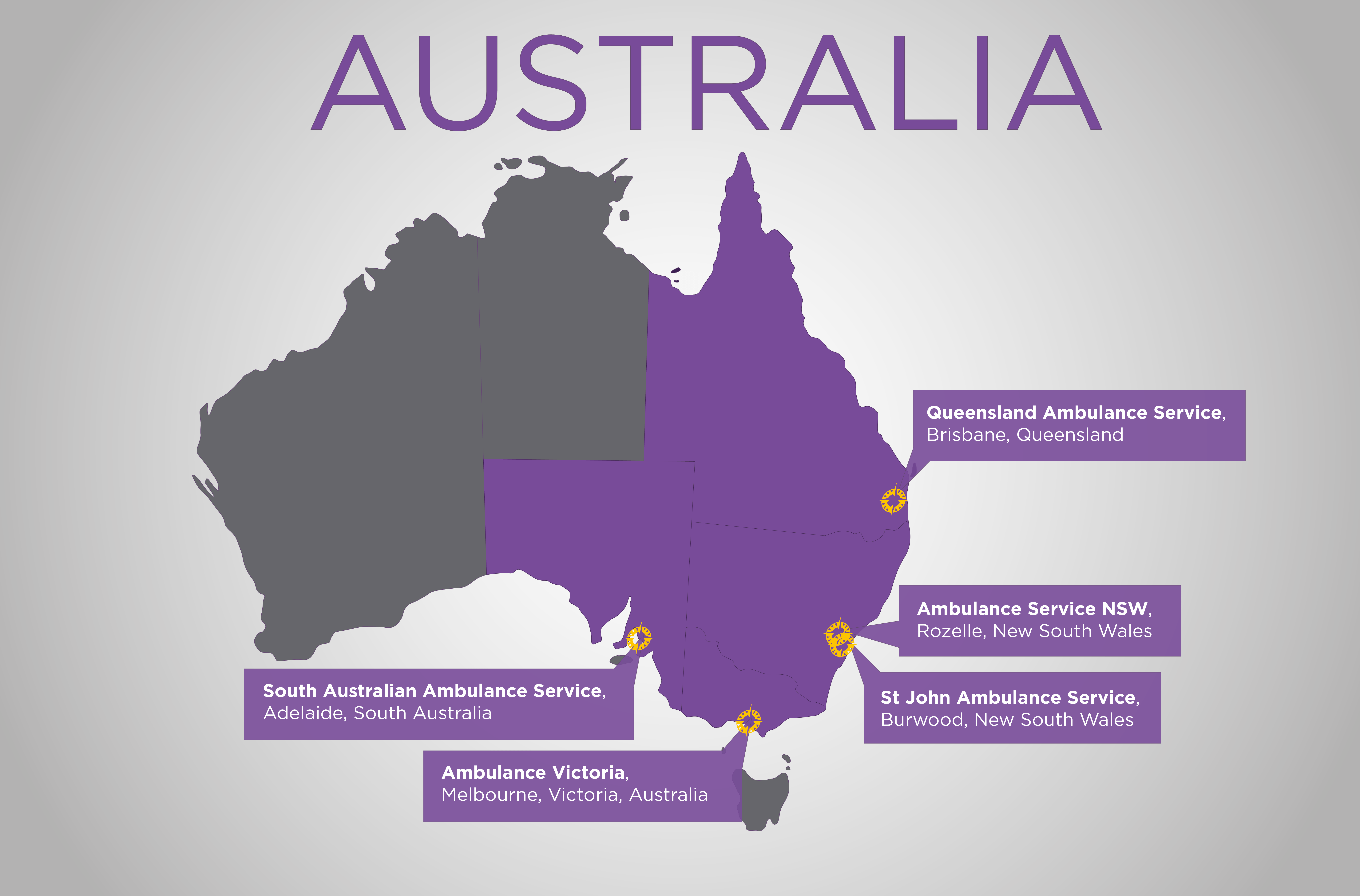 Catastrophic bushfires in Australia (2019/2020) burned an estimated 12.5 million acres by February 2020. The fires, starting in July 2019 and escalating at the start of the Australian spring season (September), resulted in nearly 100 civilian and firefighter deaths combined. More than one billion animals were killed, including one-third (25,000) of the koala population.

Note: Summer extends from December to February in Australia, with fire season typically peaking in late January or early February.

Australia relies heavily on volunteer firefighters and community efforts, compared to centralized fire management systems (such as in the United States). The Australian military sent aircraft, vessels, and 3,000 army reservists. Firefighters from the United States and Canada have assisted in controlling the wildfires. Heavy rainfall in late January and early February and fires burning out from lack of fuel have contributed to the diminishing spread of the fires and their devastation.

Triple Zero (000) is the primary national emergency number in Australia. With exception in the state of Victoria, calls are connected to a centralized operator, who asks the type of emergency (police, fire, ambulance) and then transfers the caller to the relevant service within the country.

Below is a Q & A featuring ESTA’s Executive Director Operations, Patrick Berry.

As of Feb. 4, 2020, Center for Disaster Philanthropy (https://disasterphilanthropy.org/disaster/2019-australian-wildfires/)

In New South Wales (including the Australian Capital Territory), more than 2,176 homes, 200 facilities, and 3,744 outbuildings have been destroyed. Nearly 13 million acres have burned. At least 25 people have died since July.

In South Australia, more than 1.2 million acres have been burned and at least 151 homes have been destroyed. Three have died It is believed that nearly half of the 99-mile long Kangaroo Island has been burned, devastating the wildlife population. In addition to the extreme loss of wildlife on the island some call “Noah’s Ark,” at least one-sixth of the sheep population was killed.

In Queensland, at least 6.2 million have burned since August 2019. At least 48 houses have been destroyed. The worst fires occurred between September and November 2019.

In Western Australia, since November, 5.4 million acres have burned; one home and 12 structures have been destroyed in the predominantly bushland area affected. A significant fire in Stirling Ridge National Park in January burned 99,000 acres. This park is home to 1,500 species of flora and fauna, as well as a rare population of quokkas (a small cat-sized marsupial in the kangaroo family).

In the Australian Capital Territory (ACT), the Orroral Valley bushfire damaged 88,463 acres (15) of the ACT. On Jan. 31, a State of Emergency was declared for the ACT relative to the most dangerous fires since 2003 burning through the area.

In Tasmania, approximately 89,000 acres have burned.

In the Northern Territory, the government announced that 16.8 million acres had been burned by scrub fires as of Jan. 14.

What does each centre of ESTA’s three centres handle in terms of types of calls (Docklands, East Burwood, Ballarat).

Are calltakers and dispatchers cross-trained?

Calltakers and dispatchers receive ongoing training and practise a range of scenarios, including managing multiple fires, to ensure skills and knowledge are maintained. We also train some of our call-takers to be multi-skilled (i.e. ambulance call-takers who are multi-skilled to take fire calls), which also helps in managing events such as the bushfires.

Is each centre’s coverage specific to a certain area?

When a caller dials triple zero in Victoria, the call first presents to Telstra which asks what service the caller requires (police, fire or ambulance). The call then gets put through to ESTA and the call can be answered by any centre, regardless of where the call is coming from, except for Docklands, which only deals with police calls and SES. In terms of dispatch, our Ballarat centre deals with regional dispatch and our Burwood and Docklands centres deal with metro dispatch.

Describe staff allocation particularly during catastrophic events, such as the 2019/2020 bushfires.

There are different ways that staffing can be allocated depending on the service line and whether we are looking at call-taker or dispatcher staffing levels.

For example, to prepare for the number of fire calltakers and dispatchers required, one factor that is taken into consideration is the Fire Danger Ratings (FDR). We will boost staffing levels depending on the severity of the FDR (e.g. high, severe, extreme etc.) in each district.

For police and ambulance calltaker numbers, we use forecasting techniques to accurately determine staffing levels by matching them with public demand. Forecasts are created for every 15 minutes of each day through analysing historical data and adjusting them by assessing impacts of upcoming weather, public events and recent trends. Using this, our workforce management team will make an educated and informed decision on how many staff will be required.

To quickly boost staffing levels in the event of a sudden rise in demand, ESTA can use multi-skilled staff (i.e. moving a multi-skilled ambulance call-taker to take fire calls), recall staff from other duties, change break times or offer staff overtime.
There is no accommodation at the centre but our calltaking and dispatch staff receive 30-minute break every 1.5 hours across a 12-hour-shift.

How did the bushfires impact call volume in comparison to normal call volume?

What were the prevalent types of calls for ambulance services associated with the bushfires?

Why are these calls worse than those since Black Saturday?

Some calltakers have said these calls have been the worst since Black Saturday due to desperate callers and the distressing nature of the calls e.g. people trapped on their properties.

Do calltakers provide dispatch life support? Can they advise people what to do, such as how to escape a fire but not sheltering in place?

How do the centres keep up with the fires since they must change daily?

ESTA gets information from the State Control Centre (SCC). The SCC provide ESTA with regular briefings on what is happening in regards to fires, as well as maps and data on where those fires are going and predictions. On handover at our centres between shifts, there is a briefing between team leaders. Being prepared staffing wise is also very important to ensure we are able to adapt to changing situations.

FINALLY, please you tell us about good news calls during the recent bushfires.

We had the Governor of Victoria, Her Excellency the Honourable Linda Dessau AC, visit our Burwood East triple zero centre to thank all of our ESTA operators across all centres for their vital role in the emergency response to the ongoing Victorian bushfires.

Since December 2019, we’ve had reunions between our calltakers and the callers and patients they’ve helped, including a call-taker meeting a wife and husband where the calltaker had guided the wife through performing CPR on her husband. We’ve also heard of some positive outcomes of calls, including a 12-year-old who called triple zero when his brother was having a seizure and a grateful wife who thanked the call-taker for keeping her calm when her husband was having a seizure.

Recently, our calltakers and dispatchers received a bunch of lovely thank you messages that were made by children at various day care centres and primary schools.