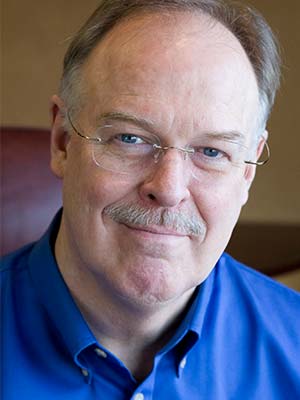 As emergency dispatchers, we have been given a physical “leg up” in the long fight against racism—we can’t, while on-duty, currently see the caller, patient, or victim. In this regard, emergency dispatchers are “colorblind.” However, simply because we can’t see the calltaker doesn’t completely eliminate the possibility of implicit biases influencing our actions. Any number of nonvisual cues, such as an ethnic-sounding name, the location of an incident, or accent or dialect, could be enough to trigger some preconceived notions about callers or the nature, severity, or veracity of their emergencies. As the first first responder, it is a must that we put on our professional, emotional “blinders” at the calltaking console. Race, color, socioeconomic status, disability, gender, sexual preferences, mental effects, and other related areas of “perceived” differences must never be allowed to play a part in the structured process we follow in service to all our clients—the calling public. In fact, research demonstrates that, with adequate compliance, a protocol-driven process in emergency dispatch can help dispatchers in providing equitable services to callers.1

The Emergency Dispatcher’s First Rule of Caller Judgment states that “The ED is never allowed to judge the integrity of the caller.” Unfortunately, there are several examples where a dispatcher thought that they could see beyond the information given by the caller with tragic results. The value of a structured protocol is that it keeps preconceived notions, assumptions, and stereotypes literally out of the equation. There is a known reason that these types of mindsets are called “Danger Zones” for dispatchers, and that emergency dispatchers need to always be on guard against biased or stereotypical thoughts, and any inappropriate actions based on them. Most of these Danger Zone items have a dead body literally at their core.

We must take information from callers at face value because we (being remote and trying to do a prompt, but time-restricted, “snapshot” evaluation of things) can’t know the ultimate “truth” of every statement or answer. We never will, and it’s both foolish and incredibly dangerous to even try. While I have frequently made the point that, in both medicine and the law, “If we didn’t write it, we didn’t do it,” the reverse is also true in the courts regarding the record, which is that, “If they said it, it happened.” With no way to know otherwise, we must assume that what is said on a call is factual—and rarely is it not. The simple fact is that during an active, quickly unfolding call, how could we possibly know which? The standard of care and practice is based on these rules and requirements.

The following is a case from the “Legal Aspects” chapter in the Principles of Emergency Medical Dispatch (Sixth Edition):

An example of inappropriately judging the caller involves a call from a payphone in a run-down section of a large southern California city, where the caller stated, “There’s a guy laying here. He can’t see or can’t breathe or something!” The new EMD (an experienced firefighter/EMT) classified this as a 32-B-3 (unknown situation, third-party). The case was reviewed. When the calltaker taking this case was confronted with the possibility that the call should have been coded as a 6-C-1 (difficulty breathing), he bridled at the suggestion, stating, “Listen to this guy, he’s an idiot. He doesn’t have a clue. Look where he’s calling from.”

Emergency dispatchers must always avoid the appearance of responding to or categorizing emergency calls in a haphazard or arbitrary manner.
– James George, JD

In this situation, the calltaker ignored information that was sufficient to properly prioritize the call. Instead, he judged the information based on a partially nonsensical statement from the caller and the location the call came in from.2

I (JC) simply mentioned to the QA review group what later became the EMD’s Second Rule of Caller Judgment: “Let’s replay that tape for the ladies and gentlemen of the jury.” The plaintiff’s attorney will not play the audio, but simply show these damning words on a very big chart in the courtroom (no accent, no stuttering, no slurring). Case over.

The preconceived notion that people (callers or patients) with alcohol-related or other problems are somehow less deserving of help or quality care is rampant in emergency work. Personal prejudices or impressions cannot be allowed to influence the performance of the emergency dispatcher’s critical duties. It does not matter whether these negative thoughts and actions result from the stress of the situation or from the EMD’s personal belief system.

Emergency Dispatcher’s First Rule of Caller Judgment is “The ED is never allowed to judge the integrity of the caller.”

While we know we can’t “save everyone,” we have, over all these years at the Academy, clearly learned that if we do our jobs correctly, we can literally “help everyone” we come in contact with. Since this is our job, we must involve and refine our unique ability to deal with all callers professionally—which we can currently only do in the listening and verbal realm—which must always be done in an effort to expand our influence to the oppressed, disadvantaged, socially ostracized, and minority or diverse populations. In our opinion, this effort continues to be a significant failure within our society, as we now unfortunately witness all too often, and in all too grisly detail, on TV.

By following a well-scripted, carefully thought-out, and evolving protocol, including its embedded learning rules, written by Academy experts with the intent to remove any hint of racism or any other form of invidious discrimination or assumption, we can better succeed regardless of the human station of the caller, patient, victim, or suspect.

Fourth Law of Dispatch: The science of dispatch requires non-discretionary compliance to protocol.

Assisted by these protocols and training, we best perform our role as the dedicated, thoughtful, and unbiased interpreters of the answers provided by a caller—and, as implied in the 911 environment, do it promptly and effectively. When this doesn’t happen, it only serves to increase the concerns that many in our society have about calling 911. An excerpt from an ongoing study on attitudes toward 911 found that diverse communities have a number of concerns and expectations when it comes to calling 911, including fear, anxiety, and mistrust (Scott et al., 911 Attitudes Study, unpublished data, IAED).3

Moreover, concerns about calling 911 can create, or exacerbate, barriers to the provision of lifesaving aid. It’s well-established that racial disparities exist relating to the performance of bystander CPR. A study published only a few months ago determined that in Memphis, Tennessee, USA, white patients were much more likely to receive bystander CPR compared to black patients (44.0% vs. 29.8%), while a 2009 study identified a similar disparity in Los Angeles, California, USA (24% vs. 13%).4,5

In an effort to examine reasons for disparities in bystander CPR rates in minority and lower socioeconomic status neighborhoods, researchers in a 2015 study interviewed residents of high-risk neighborhoods in Denver, Colorado, USA, to understand their concerns about calling 911.6 “High-risk” neighborhoods were defined as those with higher than average rates of out-of-hospital cardiac arrest and below average rates of bystander CPR. The researchers found “fear of becoming involved because of the distrust of law enforcement, a result of possible undocumented status or outstanding warrants, was a common barrier that precluded [the] high-risk neighborhood residents from calling 911.”

Reflecting upon the role that emergency dispatchers play in their neighborhoods and communities, providing help to those when life is often at its most dire point of survival, some words spoken by Senator Robert F. Kennedy in Cape Town, South Africa—challenging that country’s system of apartheid though many advised against doing so—seem particularly appropriate, even though more than half a century has passed since:

“Each time a man stands up for an ideal, or acts to improve the lot of others, or strikes out against injustice, he sends forth a tiny ripple of hope, and crossing each other from a million different centers of energy and daring those ripples build a current which can sweep down the mightiest walls of oppression and resistance.”

In a recent op-ed article in our local paper, Ethan Walker, a black college student, stated:

“I ask you, look at our distress with new eyes, see at least a fraction of our experience, and join together in commitment to make black lives matter.”

As an emergency dispatcher, each time you answer a call, and you give your very best effort to help someone in need, and you do so impartially, unbiasedly, and without assumption, you send forth just such a ripple, one which most certainly gives hope.

Dr. Jeff Clawson is the Medical Director of the IAED™ Research, Standards, and Academics Division. He co-founded the International Academies of Emergency Dispatch® in 1988, which today has 65,000 certified members in 54 countries. He is the inventor of the Medical Priority Dispatch System™ (MPDS®) and is often referred to as the “Father of EMD."

Matthew Miko is Director of Academics, Research, and Communications for the IAED. He previously worked in higher education with Strayer University and spent 8 years as Chief Legal Counsel for the Ohio Civil Rights Commission.