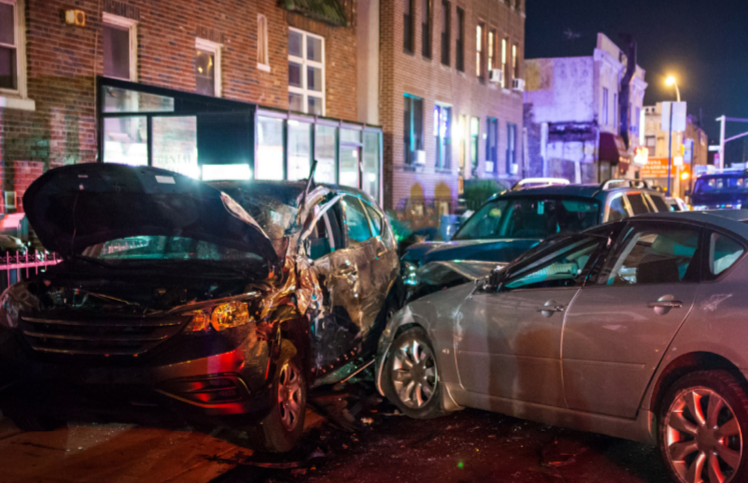 Anyone Pinned Inside Vehicle?

Editor’s Note: The content for this CDE was originally published as a Research Brief on the AEDR Journal website and is reprinted here for the benefit of all emergency dispatchers.

This question is crucial because it directs callers to pay attention to what matters most.

The “Is anyone pinned (trapped)?” KQ

The “Is anyone pinned (trapped)?” Key Question (KQ) appears in the police, fire, and medical protocols in relation to traffic accidents:

To be compliant when asking this KQ, emergency dispatchers must first encounter evidence that the nature of the accident and mechanism of injury potentially caused serious harm. For instance, asking this KQ is appropriate for a head-on or high-speed collision. It is unsuitable for a fender bender, as long as it is obvious.

The caller’s answer to “Is anyone pinned (trapped)?” contributes to the final assessment of the emergency call’s Determinant Level. Furthermore, depending on local policies, a “yes” answer sends extrication resources to the scene of the road collision. In the PPDS, for incidents where it’s appropriate to refer calls to an outside department or organization or to route calls to online reporting systems or telephone reporting units, PPDS v6.4 provides a workflow, caller instructions, and question sequencing that bring consistency to calls that previously fell through the cracks of structured calltaking.

In the PPDS and FPDS, a “yes” also suspends questioning for the EPD/EFD to provide safety PDIs and return to questioning when possible.

However, a skeptic might ask: Is there any evidence that we should ask callers “Is anyone pinned (trapped)?” Thanks to the work of Chris Davis and his collaborators, there is.

While attending a research workshop organized by the International Academies of Emergency Dispatch®, Davis became interested in the following research question: How well can the KQ “Is anyone pinned (trapped)?” predict extrication?

After returning to his dispatch agency in Butler County, Kansas (USA), Davis worked hard to investigate this question using data collected from three Kansas counties (985 total MVA cases). He eventually completed a peer-reviewed research manuscript entitled “Predicting the Need for Extrication in Traffic Accidents Reported to 911: Is Anyone Pinned/Trapped?” with his collaborators.5

To assess the predictive ability of the KQ, Davis compared answers to the KQ with incidents in which there was Semi-truck involvement or a Head-on collision, both usually “high mechanism” events. They found that answers to the “Is anyone pinned (trapped)?” KQ were significantly better at predicting extrication than the presence of Semitruck or Head-on involvement. This KQ has a place in the protocols, after all.

But why does the KQ appear to perform better than the presence of Semi-truck or Head-on involvement? A possible answer is vehicle damage is misleading. Though they are linked, damage to a vehicle cannot always be treated the same as injury to a person.

Advances in technology bring this distinction to the forefront. For instance, newer vehicles are equipped with “crumple zones,” which are designed to absorb and redistribute force from high-speed collisions. The presence of these zones improves the likelihood of an occupant being able to self-extricate from the vehicle.

In conclusion, the KQ “Is anyone pinned (trapped)?” is in the protocols because it guides callers to consider more than just the accident type. Instead, it directs them to focus on the effects of the accident on the occupants. Turns out, the evidence suggests that this is the right philosophy.