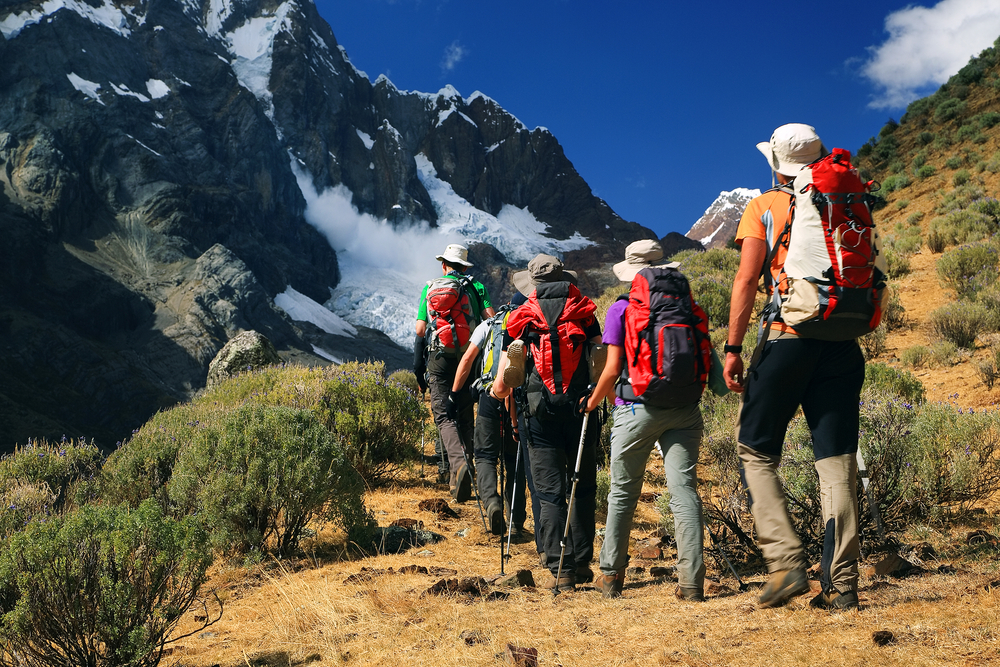 When the long winter months begin to die out and the snow and ice start to thaw, hiking and climbing enthusiasts are drawn to their sanctuaries. Mountain trails, canyon roads, cliff walls, and massive rock formations are enticing destinations in the spring and summer for those who love to get outside and enjoy nature.

Outdoor adventure activities such as mountaineering, canyoneering, mountain biking, and others are available in areas throughout the world. In 2015, in the United States alone, more than 51.5 million people participated in trail running, running, and jogging; 43 million enjoyed road biking and mountain biking; and 37.2 million hikers were out hitting the trails.1

However, as with any type of hobby or activity, there are risks involved with high-adventure outings. A variety of injuries can occur, as can other incidents that would require emergency response.

In statistics compiled by the American Alpine Club, it’s clear to see that mountaineering and canyoneering injuries and deaths in the United States are not at all uncommon in these environments. From 1990 to the present, an average of 135 mountaineering accidents were reported each year, with 111 injuries and 28 fatalities occurring.2 Furthermore, between 1951 and 2006, 39.4 percent of all mountaineering accidents were caused by slips and falls on rocks. Another 11.3 percent of injuries or deaths were the result of slipping on ice or snow.3

One of the most common 911 calls from outdoor high-adventure sports and activities requires use of the Fire Priority Dispatch System™ (FPDS®) Protocols, specifically Protocol 62: High Angle Rescue (Above or Below Grade). The protocol defines HIGH ANGLE Rescue as “rescue or extrication situation of person(s) from elevated buildings/structures/terrain where conventional interior rescue is not possible. Also, to effect rescue of injured and/or stranded person(s) in areas where normal access is unavailable or hazardous due to height and/or terrain.” Rule 2 on this protocol tells us that evacuations at greater than 60-degree inclination are considered HIGH ANGLE operations.

The use of this protocol is not limited to response in remote areas, canyons, or mountains. In fact, there are three Determinant Suffixes for high-angle rescues, and as the protocols tell us, the Determinant Suffixes “help to delineate the type of problem for specific response and safety purposes.” The three suffixes are A = Above grade, B = Below grade, and W = Above water.

For the purposes of this CDE, we will focus on the wilderness/mountain high-angle rescues. These operations are usually defined in terms of the types of terrains involved and the steepness of the area. If the area in which the victim is trapped is particularly steep, the rescue will require more technical expertise. Also, muddy, icy, or rocky conditions must be taken into account. Depending on whether these factors are present, rescue crews may need to bring in stretchers and additional rope.

All three Determinant Suffixes are applicable in wilderness/mountain rescue. The answer to Key Question 1, “What type of building/structure/terrain is involved?” will tell you which one to use.

An above-grade high-angle rescue would be someone trapped while rappelling; a below-grade example would be a person trapped in a tunnel, crevasse, or seam in the ground. As for the above-water situation, this would come into play with a hiker or climber trapped on a cliff or mountaintop hanging over a body of water.

Once you have gotten a clear answer to Key Question 1, you will ask Key Question 2, “What is her/his approximate distance from the bottom/top?” Make sure you use the appropriate word (either “bottom” or “top”) when asking this question. Axioms 1 and 2 are important here, as they provide valuable instruction to the dispatcher and rescue crews. Axiom 1 states the following: “For purposes of general building size-up, one story (floor level) equals 10 feet (3 m).” Axiom 2 tells you, “Buildings over 75 feet (23 m) present special problems for the rescue occupants.” “Mountain” or “rock” could be substituted for “building” for the purposes of wilderness rescues.

You will ask Key Questions 3, 4, and 5 to learn whether the victim is threatening suicide or whether other people involved are in danger or are injured.

This protocol is no different from any of the other Priority Dispatch® protocols in that the Post-Dispatch Instructions are critical. The EFD must remember, however, that while asking Key Questions, he or she should suspend questioning when necessary to give safety PDIs, and then return to sequence. The EFD should also provide responders with any known information about the location and number of people trapped or in danger.

The four PDIs to provide are:

“The calltaker’s job is to tell the caller not to do anything (for the trapped person) or it can make it worse,” said Brian Dale, IAED™ Associate Director of Medical Control and Quality Processes and veteran firefighter. “They’re trying to do the right thing, but more often than not they’ll kill the person or do harm. It’s amazing what people will try to do in the absence of knowledge.”

Dale said he has seen victims decapitated or crushed when bystanders or callers try to rescue a trapped person. 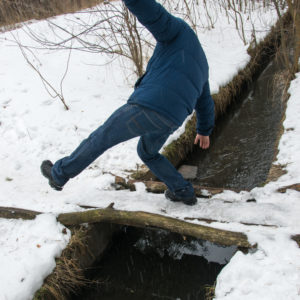 Some high-angle rescue situations require even more specialized help than a typical emergency responder can provide. Rule 2 on Protocol 62 states that a Technical Rescue Team (TRT) should be used for all rescues above 60 degrees. Furthermore, Rule 3 states, “In specialized rescues, the TRT should be advised as soon as possible to effect a timely recovery of the person.”

"A number of agencies around the country jumped on the ‘technical rescue team’ bandwagon during the post-9/11 era,”4 he wrote for Firehouse World, an online publication.

Capt. Steve Crandall, Coordinator, Salt Lake City Heavy Rescue, Salt Lake City (Utah, USA), knows what Duemmel is talking about. Crandall is one of the foremost experts on TRT training and TRT situations. Crandall has travelled around the world training TRTs and Heavy Rescue Teams. He said while most TRTs in Europe are military-based and are funded by government agencies, TRTs in the United States are usually volunteer-based crews.

“Volunteers are a true cross-section of humanity,” Crandall said in describing the wide range of people that devote their time to these teams. “Some have limited outdoor technical experience.”

Others, though, have been or are EMTs. Still, the teams receive significant and intense training and instruction. Crandall said volunteer TRT members work alongside a senior firefighter in a six-week training course and attend monthly meetings. He added that most get up to speed after about a year.

“It takes a while for new volunteers to be effective,” he said. “Senior members bring up the junior members.”

Crandall said the majority of rescues TRTs are involved in are typical search and rescue operations for missing persons, not highly technical ones like you might think. His group was only involved in six rope-based rescues last year. 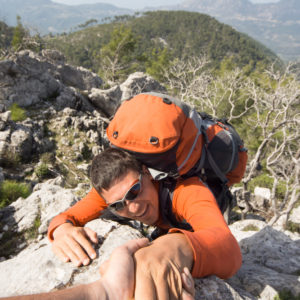 A TRT member may go on several calls that involve walking or riding four-wheelers for miles looking for missing hikers, only to find them safe and sound, sitting on a rock with minor injuries.

But when serious duty calls, the TRT is ready for action.

Crandall said a typical scenario where someone will need TRT assistance occurs when they’re “walking, hiking, or moving and they slip, trip, or fall.” While some high-angle rescues do indeed involve an outdoor adventurer falling into a tight, hard-to-reach space and then sustaining an injury, Crandall said most rescues using TRT teams are for hikers or climbers who get injured and then become stranded hundreds of feet up on a cliff or ledge. He added that more falls occur when the person is going down rather than up. The accident then leaves the person unable to get to safety due to the high-angle situation. Often, the victim may be stranded for hours.

“When canyoneering, people often fall and then become ‘be-nighted’ (stranded overnight) and then get cold and hypothermic,” he said.

TRTs pay special attention to the First Law of Technical Rescue: The first 10 minutes on scene of a technical rescue often determine how the next few hours will go.

High-angle rescue situations bring a great degree of risk to the victim, bystanders, and even responders. This is one of the chief reasons Technical Rescue Teams are called into action to perform these uniquely challenging and difficult rescues. With their extensive training, unmatched expertise, and dedication, TRTs can perform work that others can’t. It all starts with you, the dispatcher, in your communication center making the right decisions and sending appropriate help.