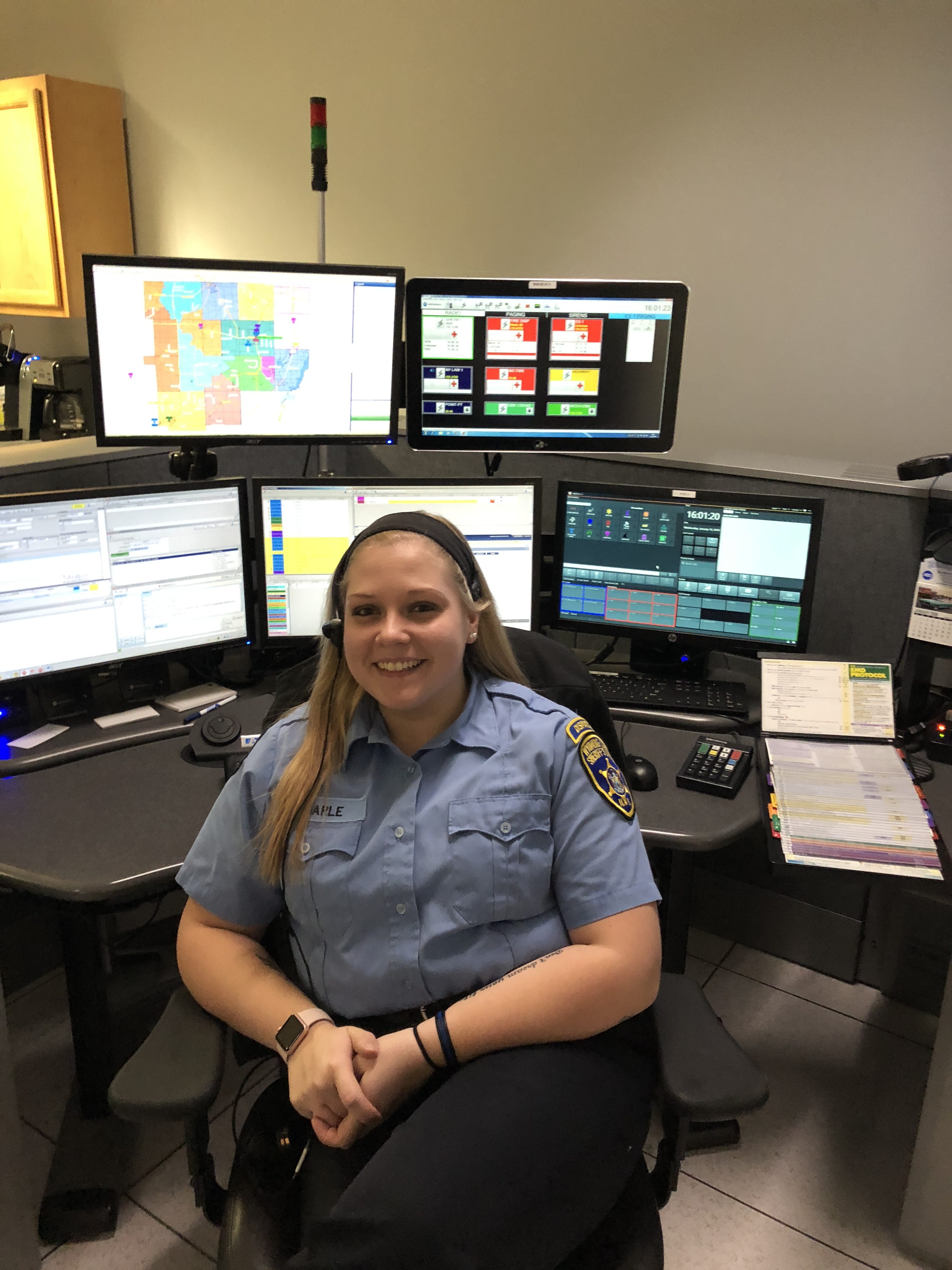 Temperatures outside were barely into the double-digits, with a wind chill factor below zero. Light snow fell overnight, adding to the considerable amount of lake effect snow that had pummeled parts of western New York during two days at Christmas time.

Roads were bad and although passable, drivers were advised to travel only if necessary. Those venturing out and sliding their vehicles off ice-packed roads dominated calls to the Wyoming County Sheriff’s Department in Warsaw, New York (USA).

“Luckily on that day, not a lot of other calls were coming in,” said Haylee Carle, EMD, Wyoming County Sheriff’s Department communication center.

It was still early morning, close to 8 a.m. on Saturday, Dec. 30, 2017, and two emergency dispatchers were on duty when Carle answered the phone, hearing a female’s voice pleading for help. The woman’s three-year-old son had accidentally shot himself. He was bleeding from the shoulder and chest.

During the next 10 minutes, while awaiting the arrival of response traveling over snow- and ice-packed roads, Carle coached the mother and father in how to apply direct pressure to control the bleeding. She told them to put the gun in a spot away from everyone.

“I was mostly talking to the both of them,” Carle said. “The mom was really scared, but I was able to calm her down by asking questions.”

At one point during the wait, the boy’s mother told Carle that he had stopped crying and was closing his eyes. She encouraged them to keep a close watch on his breathing. Carle continued talking to the parents and giving them status reports of the expected arrival time for the ambulance.

Bennington Ambulance and Monroe Ambulance paramedics provided advanced care and within an hour of the 911 call, the boy was in the ambulance and en route to John R. Oishei Children's Hospital in Buffalo, New York, which is about a 40-minute drive when roads are good. They arrived at 9:05 a.m. and were greeted by doctors aware of his condition and ready to prepare him for surgery. By the next day, he was able to eat soft foods. A chest tube had been inserted to drain fluid from around his lungs.

“He was recovering very well,” said Carle, who received regular updates from the sheriff’s department.

“I couldn’t see myself doing anything else,” she said.

According to the Wyoming County Sheriff report, the boy was shot accidentally after picking up a loaded .45-caliber handgun in the living room. The gun discharged, and the bullet struck his shoulder and chest. The gun was registered in the father’s name, and he was later charged with endangering the welfare of the child, a misdemeanor.1

"Although this was a terrible accident, it was completely preventable," according to Wyoming County Sheriff Gregory Randolph. "The loaded handgun was left unattended for minutes in the living room, but it was readily accessible to the child, which was the most significant factor in determining the charge. No one wins in a case like this; it is heart-wrenching to everyone involved."2

The eight full-time dispatchers answer calls and send response for the sheriff's patrols and the four Village Police Departments. All fire and rescue calls for the entire county are also dispatched from this division. Two emergency dispatchers are assigned to every shift.