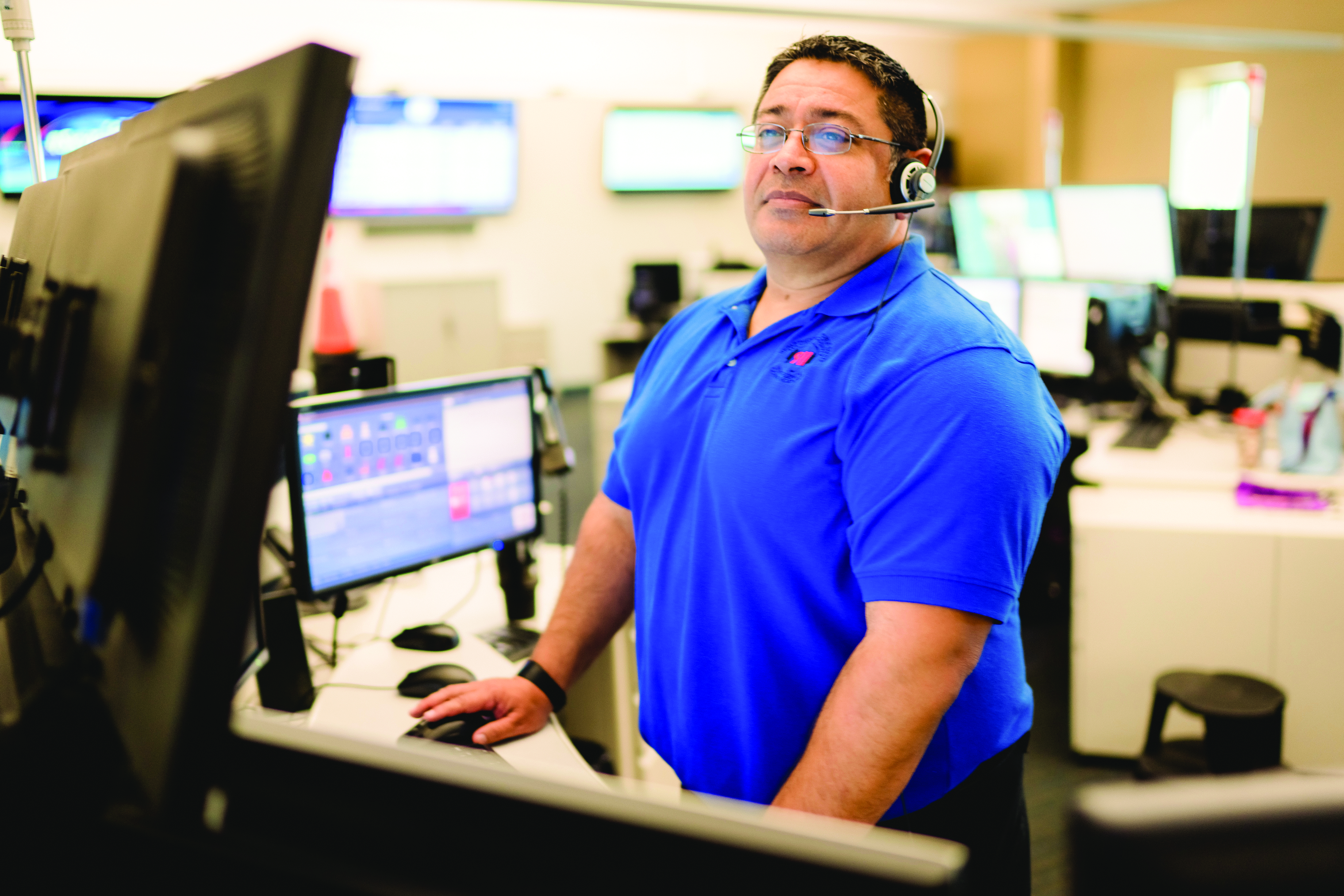 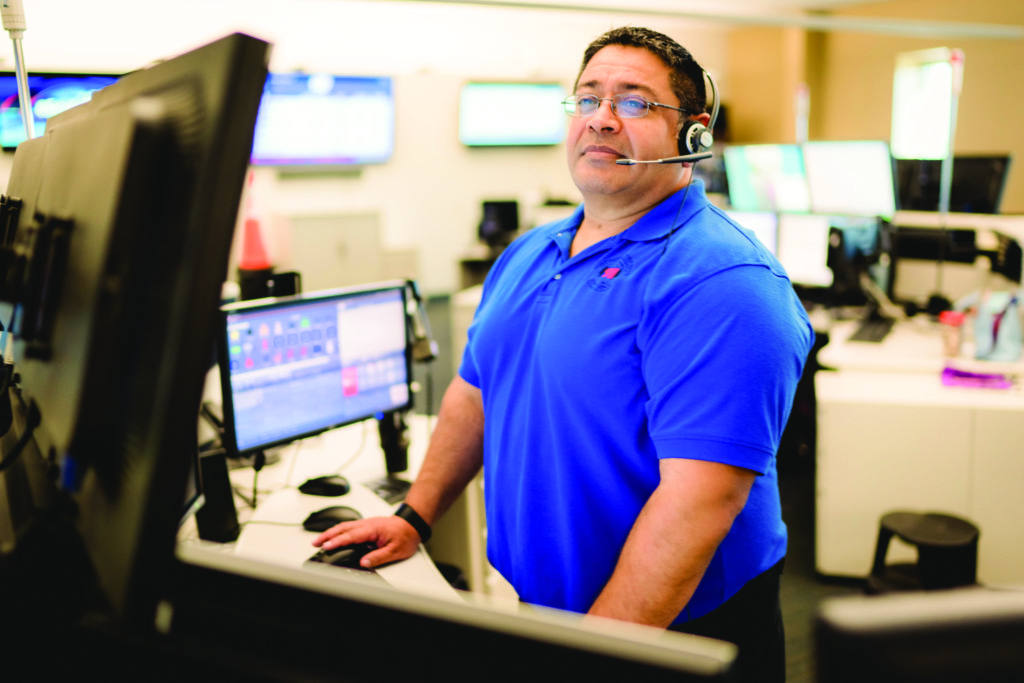 There are some jobs that seem like they’ve been around forever, like farming. As soon as humans figured out that cultivating land was more efficient than hunting and gathering, we had farmers. On the other hand, there are jobs that seem like they were born yesterday, like social media coordinators. If you traveled back in time even 15 years ago and told someone you were a social media coordinator, you’d get a blank look. Not so if you said you were a farmer.

The profession of emergency dispatch is somewhere between those two ends of the spectrum, maybe a little closer to social media coordinator than farmer in terms of how long it’s been around. However, the longevity of a profession is by no means an indication of its value to society.

This feature is a perspective on the profession of emergency dispatch from four people who have been aiding their communities for over 15 years.

Kendra Smith is a Communications Training Officer at Harnett County Sheriff’s Office in Lillington, North Carolina (USA). She started working as an emergency dispatcher 20 years ago when a friend of her husband’s introduced her to the profession.

One of the very first medical calls she took on her own—without the aid of a trainer—was for a little boy who was crossing the street from his grandparents’ house to his parents’ house and was struck by a car and killed instantly.

“I can still tell you the child’s name 20 years later,” Smith said. “It stuck with me.”

When asked what things have changed in the emergency dispatch field since she started, Smith said it’s mainly been technology. She went from using a pen and paper to using Microsoft DOS to multiscreen consoles that are almost entirely automated. As far as her own center goes, the number of emergency dispatchers on shift has had to grow to keep up with the call volume growth. There are now six-person shifts as opposed to the two-person shifts she started with.

In the future, Smith would like to see more higher education opportunities that are specific to telecommunicators. While majors such as emergency management with a minor in communications are nice, it would be great to see the profession recognized in academia.

Also in the vein of education, Smith would like to see more public education about emergency dispatchers, although she realizes that funding isn’t always available for that sort of thing. Harnett County Sheriff’s Office held its first Citizen’s Academy this past year where they had citizens go through a basic law enforcement course and take a tour of the sheriff’s office. It was a real eye-opener for the participants, who had no idea about everything that happens in the background of an emergency call.

“I wish most people knew we aren’t just answering telephones,” Smith said. “There’s so much more being performed simultaneously.”

Smith wishes first responders knew that too—emergency dispatchers aren’t just talking to them. They’re doing so much at once, and a little bit of patience while they gather all the information goes a long way.

It’s difficult to go 20 years in any profession without being changed, and emergency dispatch is no different. Smith said her perspective of herself has changed over the years. When she started her career, she had been a stay-at-home mom for years. Transitioning to working outside the home was not an easy thing for her—Smith had lost some self-esteem and identity in the process, but she built it back up.

“Knowing that your job directly helps save and protect people’s lives is a huge confidence boost,” she said. Smith sees it with new hires all the time. “They aren’t sure who they are, where they want to go, or if they can do this, but eventually the cocoons open and the butterflies spread their wings. There are still days that are difficult and make you question everything about who you are and what you’re doing; however, with the right training and coaching, you can grow more than you ever thought you could.” 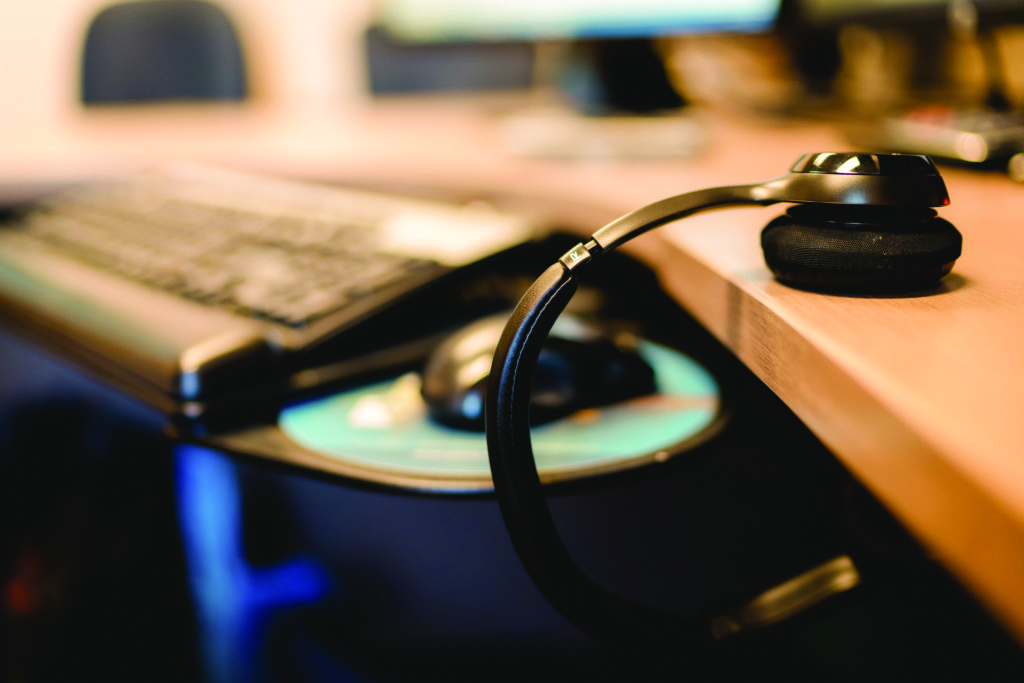 Criselda Yanez is a dispatcher/calltaker at Medcare EMS in McAllen, Texas (USA). Her interest in the field of public safety began some 20 years ago when she wanted to know how she could help her chronically ill daughter (who has since passed away) when something went wrong. Yanez initially started off as an EMT, and the agency she worked for often had EMTs handle the dispatching side of things. Then one day the supervisors asked if she would help cover the phones, and she decided to stay for good.

Making the switch from EMT to emergency dispatcher wasn’t easy. When Yanez began answering emergency calls, her center didn’t have a protocol that allowed her to give instructions to callers on how to perform CPR or control bleeding. All she could do was take their address and phone number and send an ambulance on its way. Since 1998, Medcare EMS has been using the Medical Priority Dispatch System™ (MPDS®), and emergency dispatchers are better able to help callers before the first responders get to the scene.

“I like helping people,” Yanez said. “I feel confident that I can help the patient if the caller listens to and trusts me.”

One thing Yanez likes about the changes in emergency dispatch over her career is the access to voice print—a system that transcribes what’s being said over the phone in real time. It’s a huge aid in allowing her to review to her own calls and being able to learn from what she’s done right. If she misses a number in an address or phone number because someone was screaming for help, she has the ability to go back and double-check.

Like Smith, Yanez would like to promote emergency dispatch as a profession more among community members. She lives in a small town in south Texas, and yet there’s still not a lot of awareness of all the ways emergency dispatchers can help. She said it would help to go into schools and help kids understand what to expect when they call 911.

Yanez knows this job is not for everybody. You’ve got to be able to put yourself in the caller’s position, something that comes naturally to Yanez since she called 911 frequently to get help with her daughter’s seizures. She knows what it’s like to answer questions when it feels like help is taking forever to arrive. Working as an emergency dispatcher has given Yanez an acute sense of compassion. 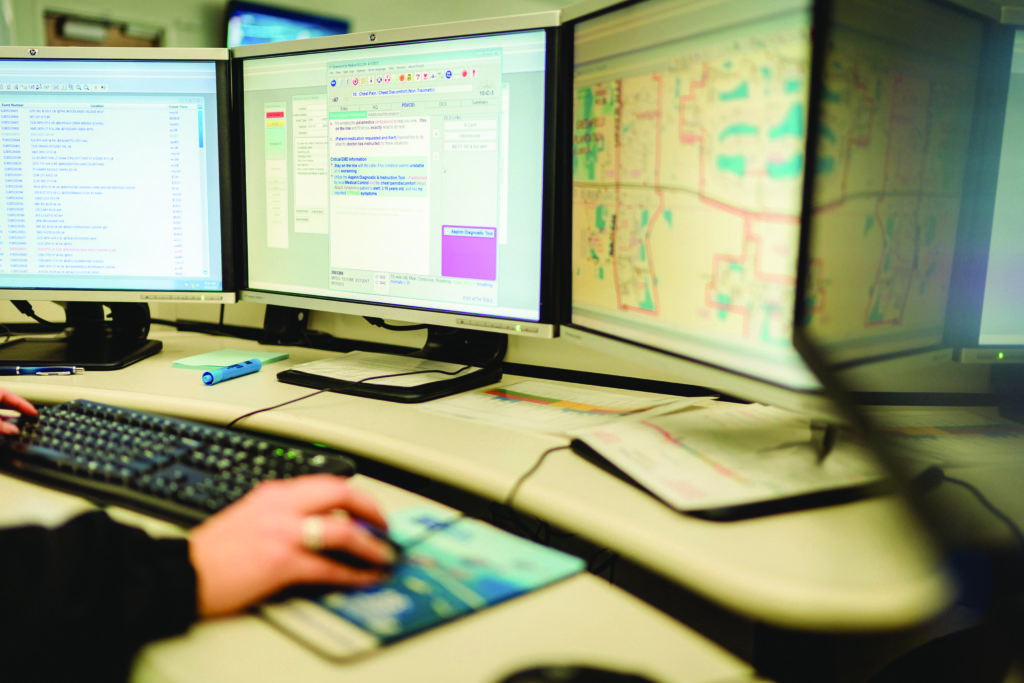 David Pollitt Sr. is Acting Shift Supervisor at Wicomico County Emergency Services in Salisbury, Maryland (USA). As of November 2018, he has worked in emergency dispatch for 35 years. He’s always had a strong desire for public service, as evidenced by his becoming an EMT when he turned 16 and becoming a member of the volunteer fire department not long after that. A family friend suggested that he apply to become an emergency dispatcher, and, after a few hiccups, he began his long career—two years before 911 became the area’s standard emergency number.

Pollitt’s first impression of the job left him overwhelmed. There was a wealth of knowledge he didn’t know about the county he’d be dispatching for—roadways, landmarks, business locations, etc. Additionally, each of the 13 fire departments his agency dispatched for had their own rules that he had to keep straight. During his very first shift, he handled a call for a natural cover fire that required eight fire departments from two counties and states to be on location.

When he started, emergency dispatchers used punch cards to keep track of units and two-channel low-band radio systems for communicating. Now, they have computer technology for keeping track of Calls for Service, ANI/ALI, geographic information system (GIS), internet mapping, and a 50+ channel digital radio and alerting system. Talk about growth! Some things stay the same, though—are you annoyed by all the accidental calls coming in from cellphones? An earlier version of that was people calling 911 from payphones then running away.

It isn’t just the public Pollitt would like to see educated. He thinks that first responders would benefit from coming into the dispatch center to get a taste of what emergency dispatchers experience. Don’t shoot the messenger, he said. Emergency dispatchers can only provide as much information as they’re given.

All in all, Pollitt sees his decision to become a dispatcher/calltaker as the best decision he could’ve made those 35 years ago.

Before Przybyszewski was an emergency dispatcher, she was a preschool teacher, although she was no stranger to emergency response since three of her brothers were police officers. Her mom was also a big fan of emergency responders—at least the ones on “Rescue 911,” which was part of Przybyszewski’s introduction to the profession as well.

"My first thought was, ‘Wow, this isn’t like on TV,’” Przybyszewski said. When she applied for the job, she had to do a four-hour sit-in and immediately knew that it was something she wanted to do. That knowledge was solidified when took a call where a child had drowned in a lake, and Przybyszewski had to give CPR instructions over the phone, saving the child’s life.

Her goal, like the others highlighted in this article, is to help the citizens. Even though she’s not the person who pulls up on scene to pull someone from the fire, she’s the person who tells the first responders where they need to go. Przybyszewski loves working with the police and fire departments and knowing that when she leaves work, everyone went home safe.

At Howard County, police officers do come into the dispatch center and sit in on some calls for an hour as part of their training. However, Przybyszewski noted that they often only come during slow times—which means the police officers think emergency dispatchers sit around and do nothing. She understands that police officers are putting their life on the line for members of the community, but she contributes in a big way as well. She said that everyone she works with goes into each shift with the attitude of giving it 100 percent.

When asked if her perspective of herself has changed over the years, Przybyszewski’s voice got choked with emotion as she said her career changed who she is. The last 17 years have brought all sorts of personal changes to her life; between those and the events she’s gone through at work—such as the death of a firefighter and a mall shooting—her perspective of the world and of people have changed. Things affect her more now that she’s been in the profession for a while. On top of that, she suffers more from depression and anxiety, which she’s not going to shy away from talking about.

The career of every emergency dispatcher isn’t going to look the same (just like the career of every farmer isn’t going to look the same) and yet the core remains constant. People get into this profession and stay in it because they want to help people. How they help the community might change—like Yanez and Pollitt, they might go from first responder to first, first responder or vice versa—but the desire is always there. Just as the technology and awareness of 911 has changed over the years, perhaps one day the community will recognize emergency dispatchers for the service they provide and the responsibility they shoulder.